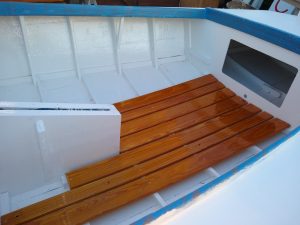 I got the boat in primer. Of course, once I sanded it it quickly became apparent how much fairing I had missed. 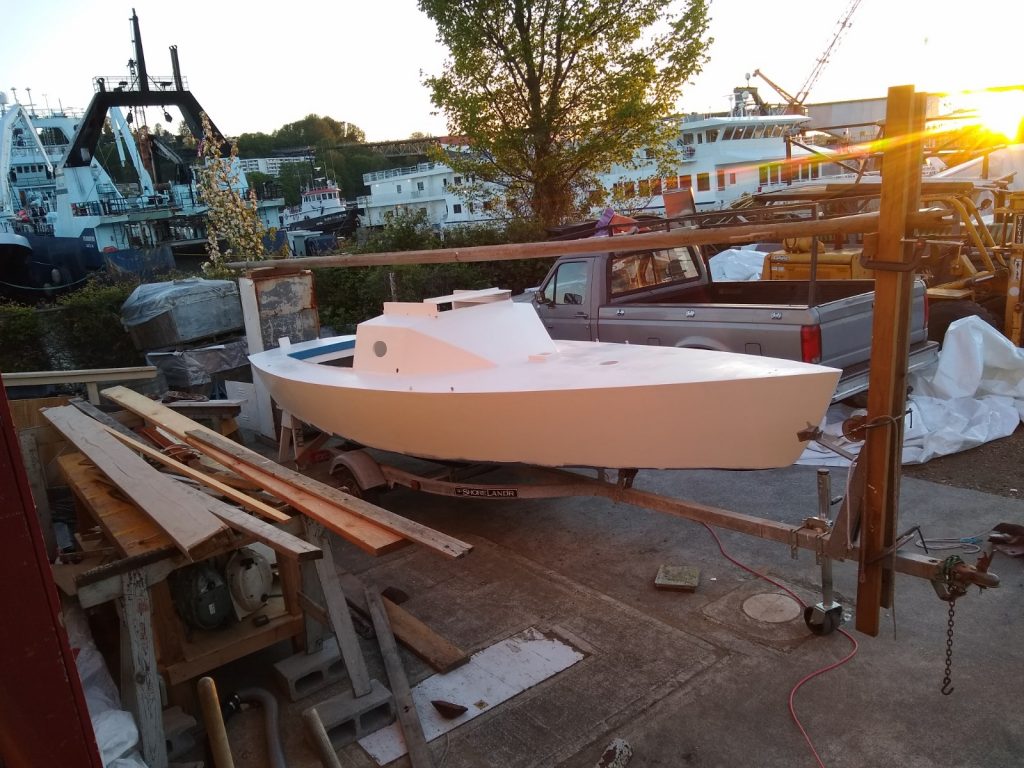 So, I decided that I was going to have to skim coat the hull sides with fairing compound, sand it, and re-apply the hi-build primer. 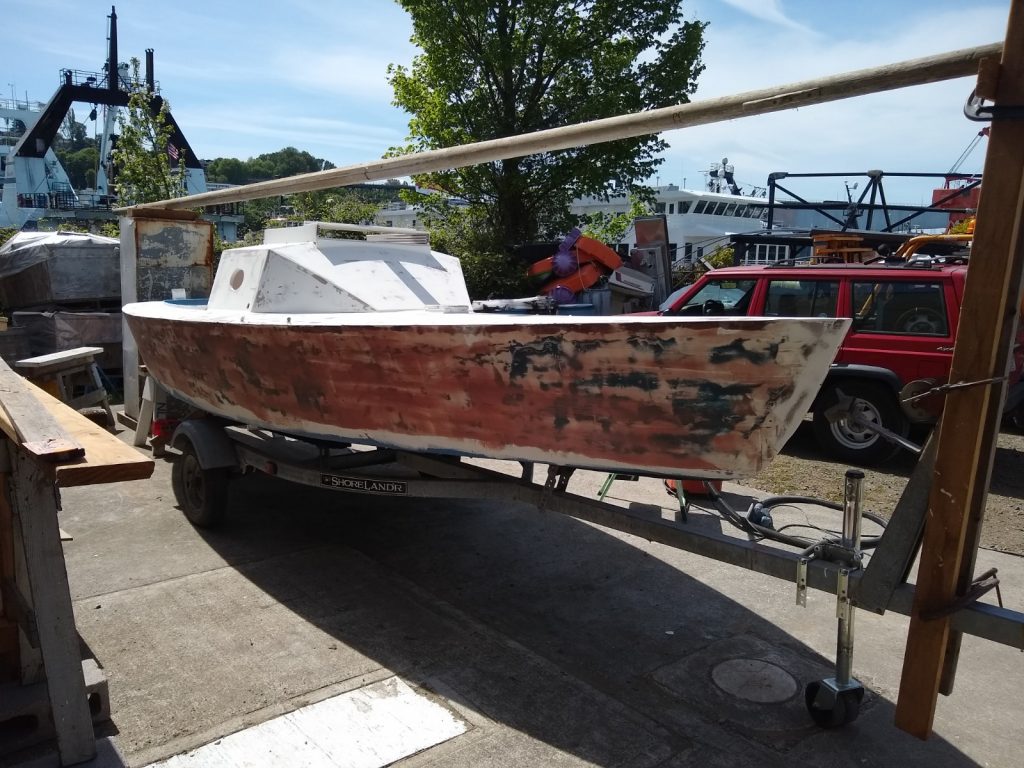 The fairing compound is on, and I hope to get the sanding done in the next few days.

Beyond that, the varnished floorboards are installed and they look great. 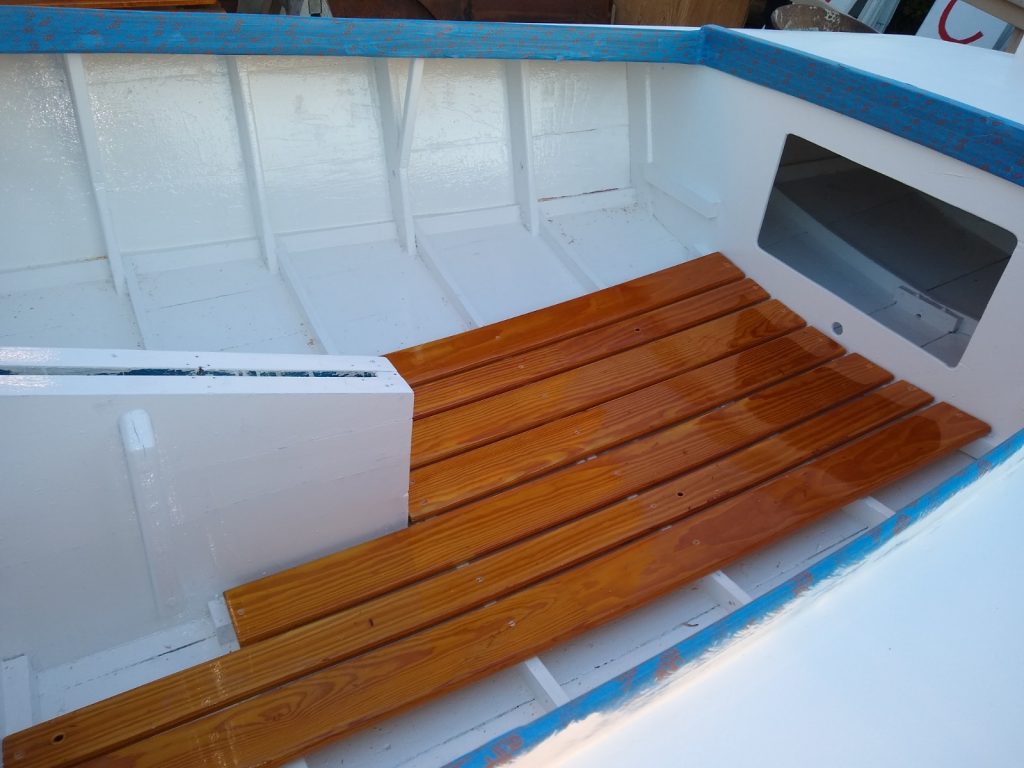 The outboard ones in the cabin required some modifications and then more varnish.

I’ve modified them, layered on the varnish, and gotten them installed since this picture was taken.

Having these installed made moving around inside the cabin a bit easier- no longer did I have to lay on top of the frames.

My wife Ellen chipped in with removing the masking from the cockpit benches, and they are now ready for install. 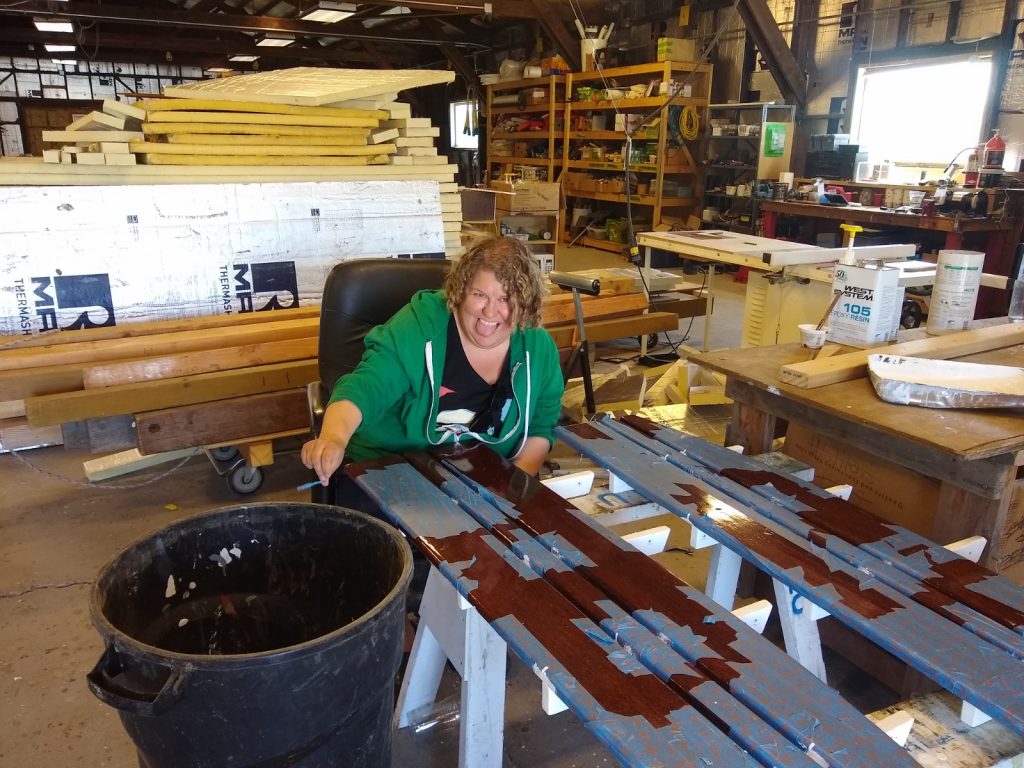 I took advantage of her help and got the backup laminations for the bowsprit mounting glued up.

Here’s the forward one. Essentually, this is a series of plywood and planking laminated up in that corner that ties the deck, frame, and the bottom plywood together into a solid block. if the bowsprit is pulled up on, it’ll have to rip the frames out before it peels the deck off. 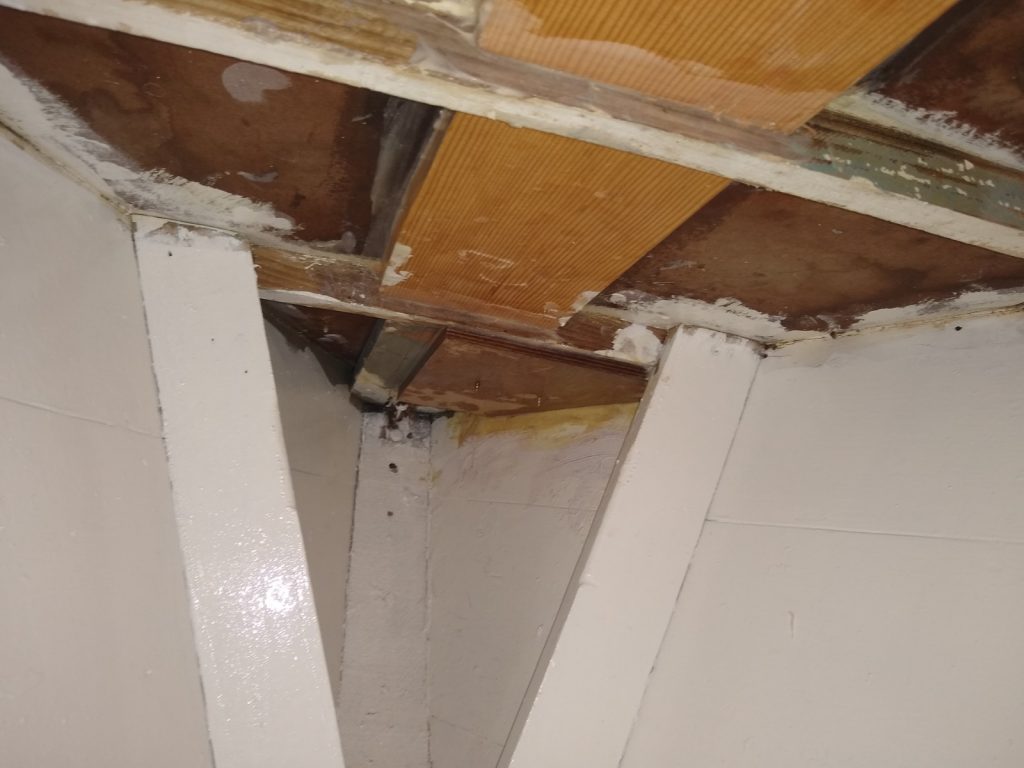 Here’s the aft support. It ties into the center seam backup, and the frame forward and aft of the mount points. 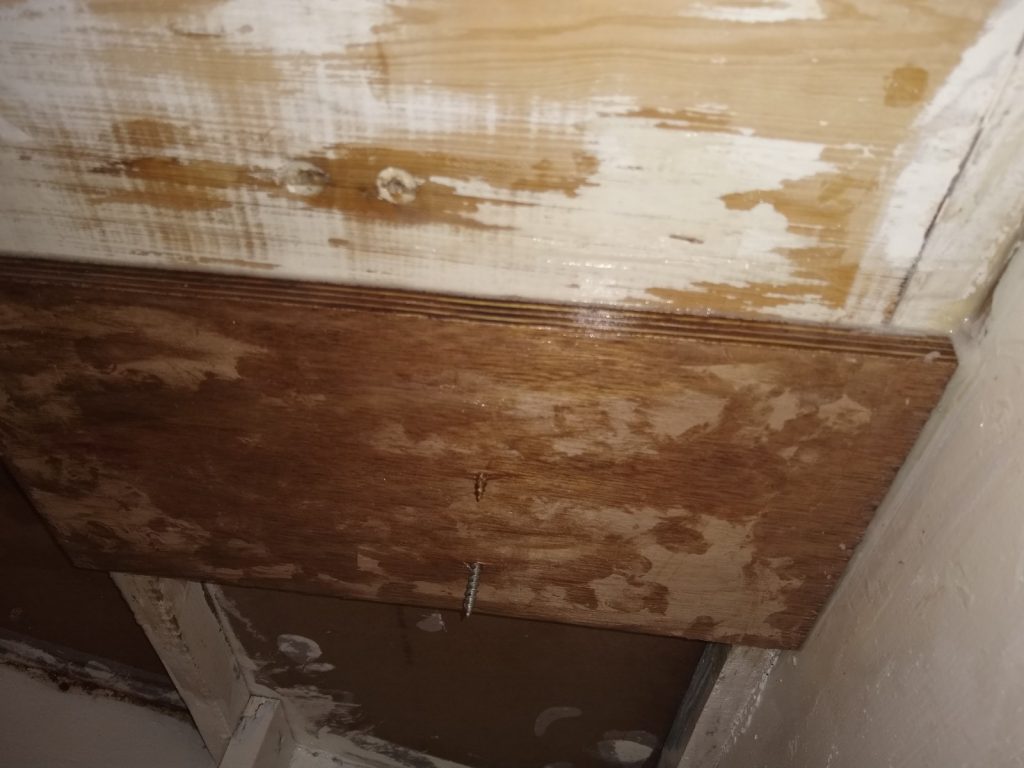 on the aft side, the frame here is tied into the watertight bulkhead, so even though it is in the middle of the foredeck, it has plenty of support. After the glue sets the deck screws will be removed and the holes will be drilled out for the U-bolts that will hold the bowsprit on to the boat.

Beyond that, the mast and boom are in the middle of varnish; I figure I’m at around 8-10 coats at the moment. I’ve already sanded once to flatten; in the next few days I have to sand it again and then start finish coats.

I’ve started fixing the rudder I plan to use, and some other bits are coming together.
I’ve started a new job at Pacific Fisherman’s Shipyard, and it’s back on day shift; I start so early that I get off work at 1:30 in Ballard so I will be able to put in a few hours each afternoon; if everything comes together and I can afford the fitting out hardware I could conceivably  have this ting in the water in a month.