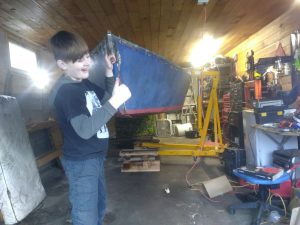 It’s been a while since an update, but I have been working on making progress on the Lady Jane

I had to close my scooter shop and reconfigure the garage to get the hull in there. 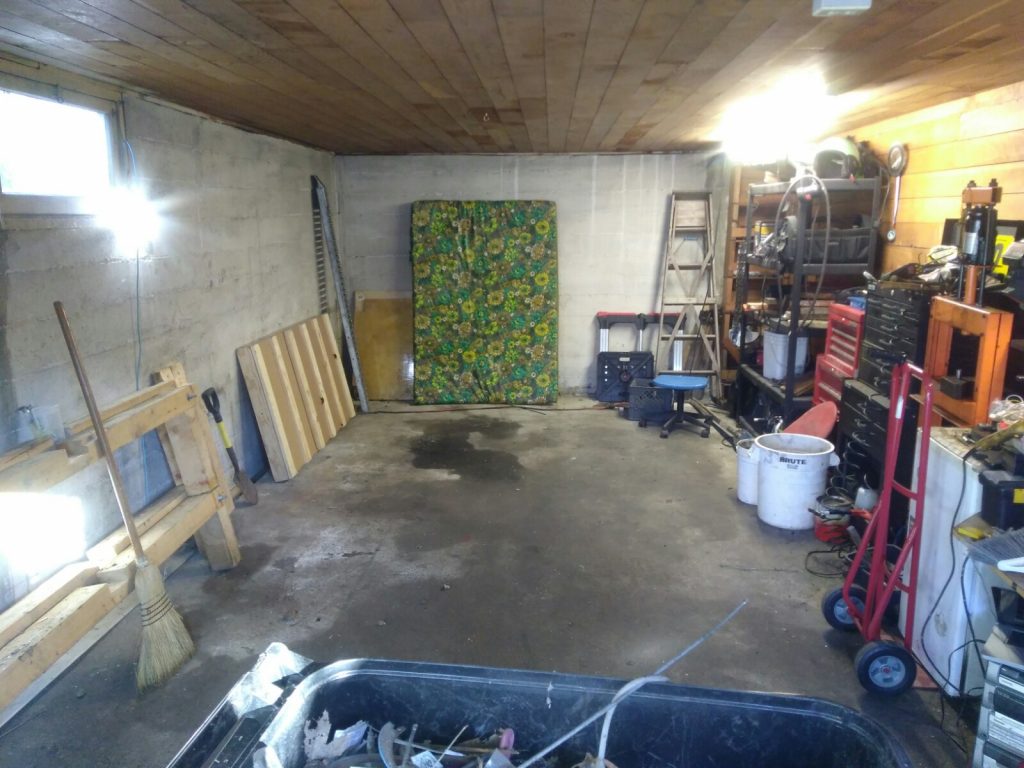 It was quite the ordeal, but I managed to get this done the middle of January.

The next step was to move the boat in, and to lift it off the trailer. 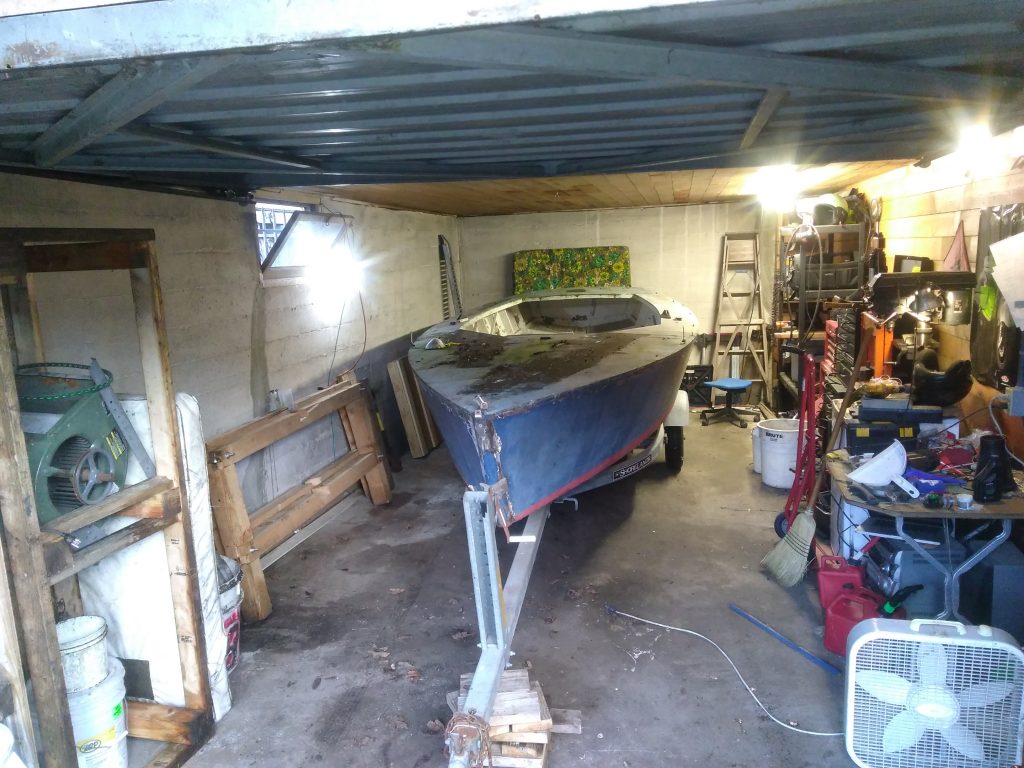 It’s amazing how much bigger a boat gets when you get it indoors.

My problem is i only have about 8 feet of overhead clearance in my shop, no exposed beams, and I rent. so I couldn’t use the building to hoist the boat. i thought about trying to lift the stern then slide the trailer out, but decided i didn’t want to load the hull and flex it with it in the state it was in.  I considered getting a bunch of guys over and lifting it. the boat’s minimum class weight is 700 lbs, and it is missing the rig, benches, and centerboard, so it’d be doable with 5-6 people. However, I don’t want to have to get a crew over every time I want to adjust it on the blocks.

Here’s the solution i came up with: 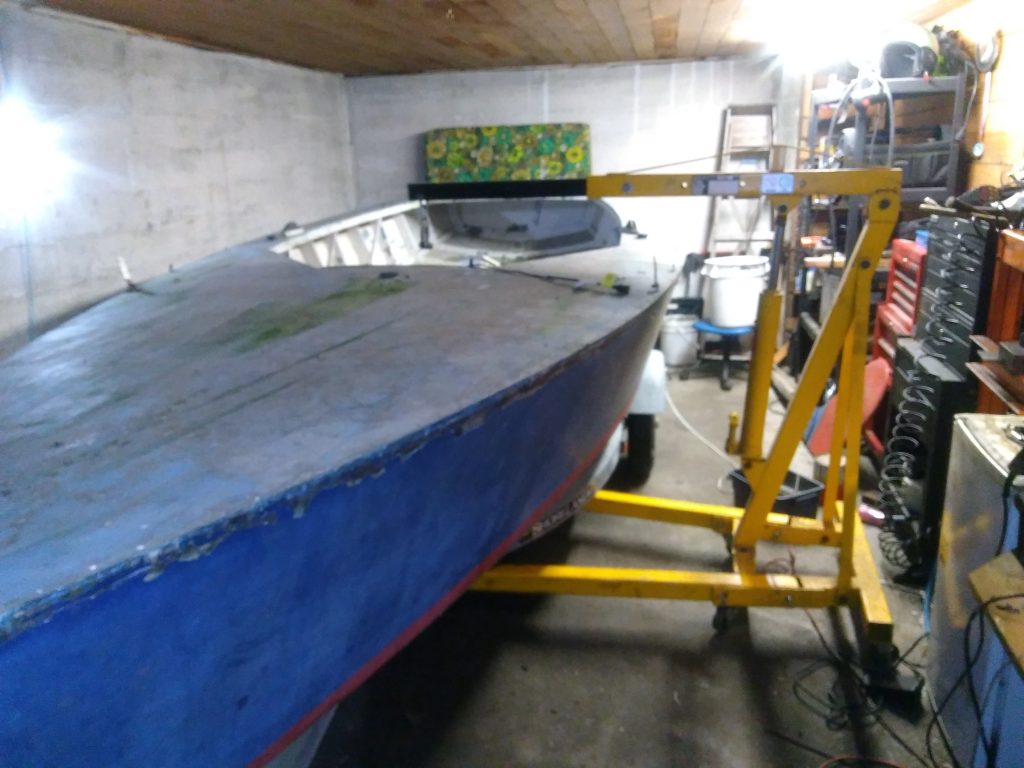 It’s an engine hoist off of craigslist. I rigged some dinghy control down thru the centerboard trunk to two ends of a 2×4 and lifted it off the trailer. 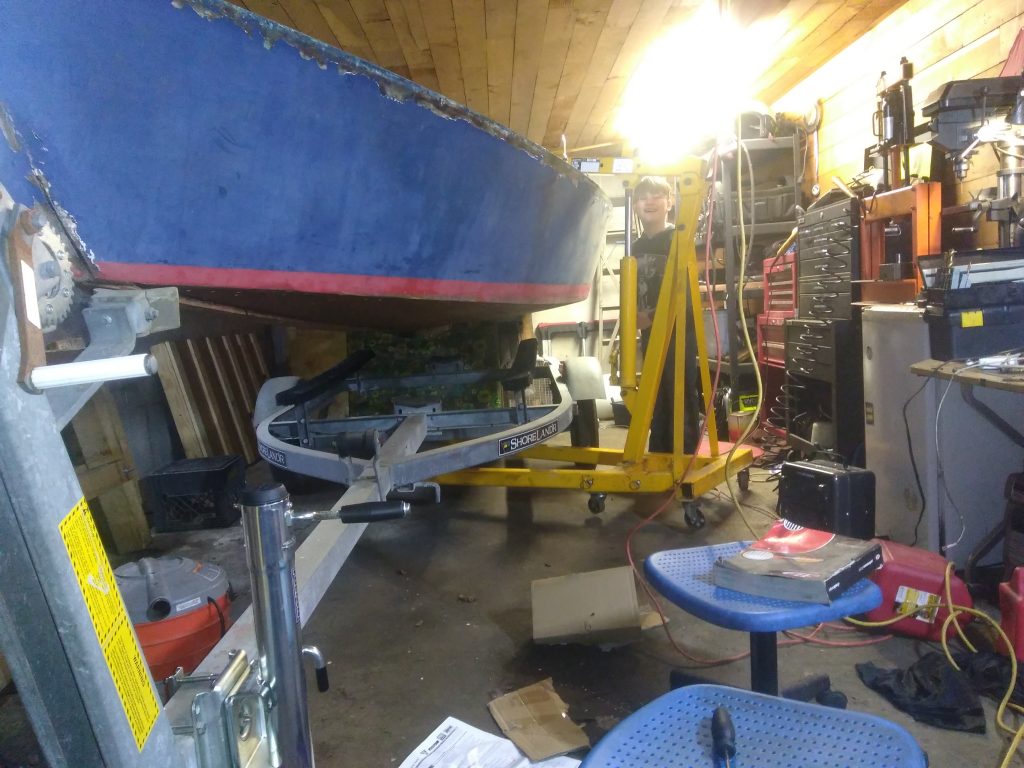 My son helped me hoist it up into the air. Here he is holding the bow steady after I got the trailer out from under it and built the cribs. 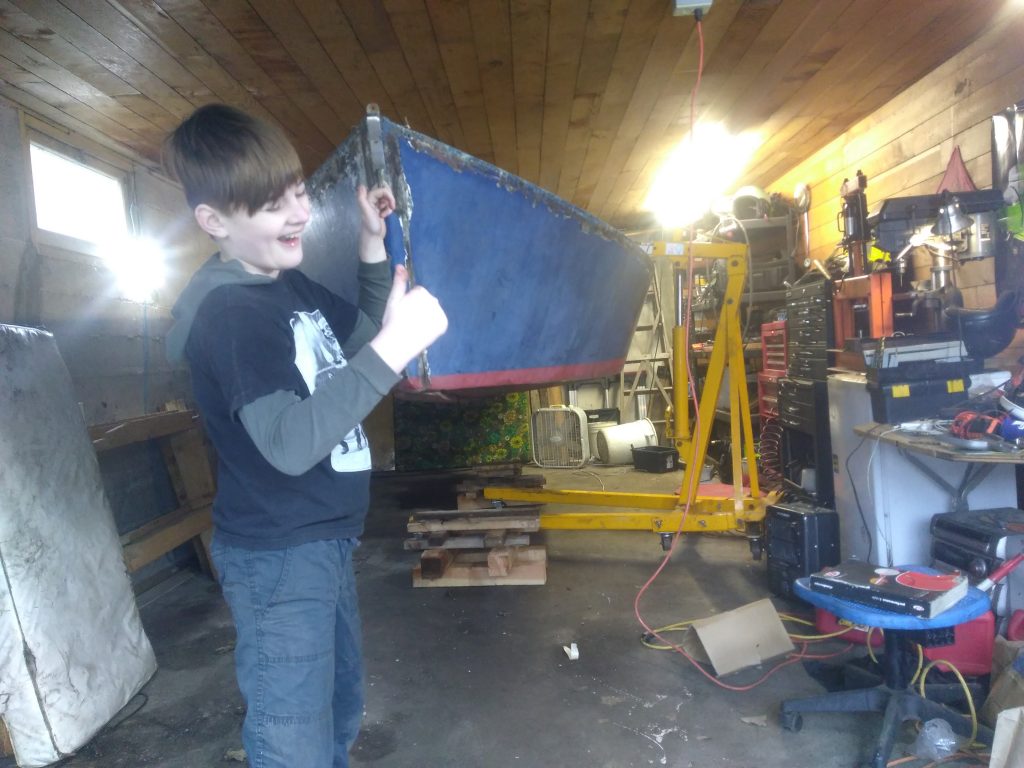 And here it is lowered down onto the cribs. 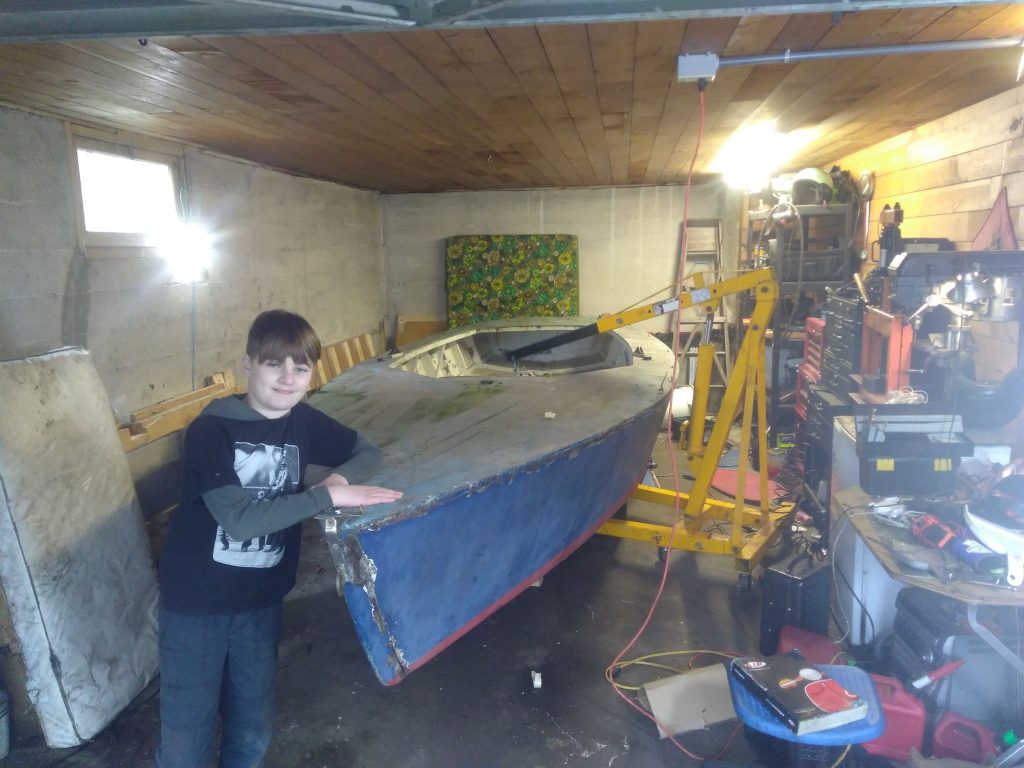 After that, I added a few jacks around the edges to stabilize it, and it was good to go.

I have some more to post in the next few days on the actual work I’ve been doing on the hull and the newly acquired mast. hopefully to be posted i na few days.